Meet the Creators of the Word of Pendergast 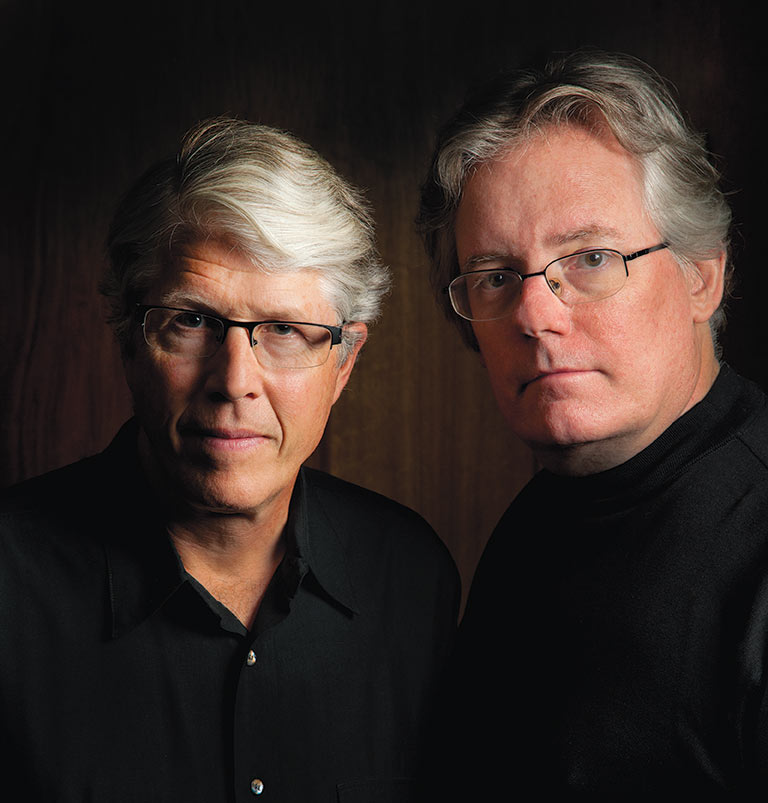 Douglas Preston was born in Cambridge, Massachusetts, in 1956, and grew up in the deadly boring suburb of Wellesley. Following a distinguished career at a private nursery school--he was almost immediately expelled—he attended public schools and the Cambridge School of Weston. Notable events in his early life included the loss of a fingertip at the age of three to a bicycle; the loss of his two front teeth to his brother Richard's fist; and various broken bones, also incurred in dust-ups with Richard. (Richard went on to write The Hot Zone and The Cobra Event, which tells you all you need to know about what it was like to grow up with him as a brother.)

As they grew up, Doug, Richard, and their little brother David roamed the quiet suburbs of Wellesley, terrorizing the natives with home-made rockets and incendiary devices mail-ordered from the backs of comic books or concocted from chemistry sets.

Lincoln Child was born in Westport, Connecticut, which he still calls his hometown (despite the fact that he left the place before he reached his first birthday and now only goes back for weekends).

Lincoln seemed to have acquired an interest in writing as early as second grade when he wrote a short story entitled Bumble the Elephant (now believed by scholars to be lost). Along with two dozen short stories composed during his youth, he wrote a science-fiction novel in tenth grade called Second Son of Daedalus and a shamelessly Tolkienesque fantasy in twelfth grade titled The Darkness to the North (left unfinished at 400 manuscript pages). Both are exquisitely embarrassing to read today and are kept under lock and key by the author.